Top world record brand campaign you can learn from

When you wake up to the reality of starting an awareness campaign for your brand and products, you may want to go back to your drawing board and ask yourself several engaging questions which will certainly help you think like your clients and customers as much as understand what benefit they stand to derive from your product which is the ultimate drive to your campaign. A keen study carried out on this underlined global world shaking campaigns will help you re-think your approach when next you get set to launch a campaign. 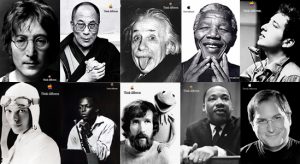 After Apple’s founder Steve Jobs return to the company in 1996, the press lost interest in the end of Apple’s eleven-year interregnum. They were rather interested in Apple’s brand new build to order online store, a first for a major computer industry player, and (to Apple’s embarrassment) Umax’s updated S900 Mac clone that was cheaper than a Power Mac and much faster, since it was designed to accept a 250 MHz NewerTech G3 processor upgrade.

The Apple brand suffered what I termed as a ‘tarnished image and no longer was it attracting the glowing press attention that once required a TV studio (named Apple TV) on Apple’s Cupertino campus so John Sculley, Steve Jobs, and Jean-Louis Gassée could pontificate on the tech issues on the day.

Under Michael Spindler, Sculley’s successor, Apple’s brand was further diluted. New brands proliferated: Performers, Power Macs, and LCs for consumers. Power Macs, Quadras, Centrises, and PowerBooks for professionals. Few of the models were actually inspiring and merely solid. Apple continued to win design awards, but more for refined beige than the Macintosh, a breakthrough information appliance, or the Apple II, a computer for consumers and professionals. These changes did not suit Steve Jobs.

Rejuvenation of Apple’s image was one of the top of Steve Jobs priority while he was slowly recapturing the phase of the company. This ultimately took the form of the immensely successful (and long-lived) Think Different campaign.

This gave a positive impact as 8 month after Steve Jobs returned to Apple, the “Think Different” Campaign was launched with the focus to motivate people to success which is basically what Apple represents because it is believed that “People who are crazy enough to think they can change the world are always the ones who do change the world”

This is one video that keeps everyone in the loop and as well brings to our remembrance that there is a lot to achieve in life….

The ubiquitous Nike’s slogan, “just do it” never really mention them as a name of the sports brand or the fact that they offer sports clothing but yet, Nike has become one of the world’s highest-profile athletic brands. So then, riddle us this: if explicit product descriptions are not essential to helping a brand to rise, what is? and how do they tend to define who they are? 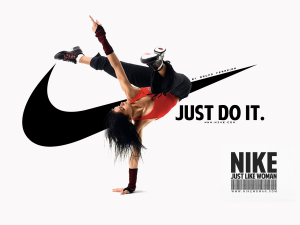 Denise Lee Yohn’s book ‘What Great Brands Do’ really gave an insight saying, the magic lies in inspiring a positive feeling in the customer and finding a way to resonate with their values and desires. Launched in 1988, the Nike “Just Do It” campaign featured professional and amateur athletes talking about their accomplishments and the emotions just as they feel when they exercise. One of the first television spots of the campaign featured a video of 80-year-old marathoner Walt Stack who explains to viewers how he runs 17 miles every morning. Can you grab the picture?

Such stories evoke an immediate emotional response in viewers and lead them to ask, “if these athletes can do it, why can’t I?” The “Just Do It” campaign was so powerful that people began to contact Nike with personal stories about how they “just did it,” whether it was quitting a dead-end job or taking up a healthier lifestyle. The rest, as they say, is history.

“Brand magic lies in inspiring a positive feeling in the customer.” Now that we know that a great brand strikes an emotional chord with the customer, how can we emulate this? One suggestion from What Great Brands Do, is empathic research. Here’s a quick crib sheet on what it is, where it’s worked, and how to use it yourself.

3. The “Intel Inside” campaign by Intel

According to an exclusive insight by Business analysis expert Abey Francis, the “Intel Inside” campaign has been one of the most successful branding campaigns in history, but it is too old, and growth in the PC market appears to be stagnating.

Intel in 1991, launched a successful co-op program in which they convinced manufacturers to place the “Intel inside” logo unit in their advertising and other marketing material. The name “Intel Inside” became the first trademark in the electrical component industry. This campaign focused the entire organization on the brand and created a highly effective advertising campaign. The Intel Inside campaign aimed to “educate both the retail sales associates and the consumers about the value of Intel microprocessors and to explain to them the differences between the microprocessors” – without the technical jargon. 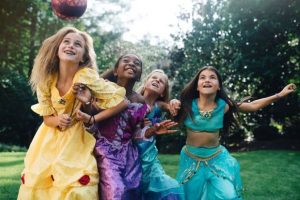 If you love Princess films, you’ll probably have a specific Princess who you identify with. Redheads will have grown up wanting to be Ariel, and girls who love to read will have identified with Belle. Whether you’re a Disney fan or not, you can’t deny that the multi-billion dollar empire has a huge cultural importance for girls all over the world. That massive cultural footprint is exactly why it’s so exciting that Disney have released their latest campaign, titled Dream Big Princess.

The campaign, which features pictures of girls getting muddy, riding bikes, skateboarding and experimenting with science describes itself as aiming to make a ‘tangible difference to the girls who face challenges in achieving their dreams’. Disney has occasionally faced criticism from those who think that it encourages young women to grow up to be passive. This campaign takes a massive step away from that perception.

Disney had 19 female photographers who were engaged to ‘create a series of empowering images showcasing real-world girls and women’, they also through the campaign asked people to share their own powerful photos with the same hashtag. They also used the medium to donate greatly to the UN’s Girl Up Foundation. they made use of the hashtag #DreamBigPrincess to hit the viral market. 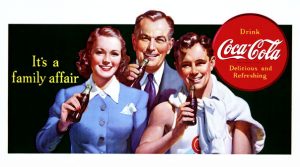 Did you know that on may 29 and about 131 years ago, the first ad for Coca-Cola was published in The Atlanta Journal? John Pemberton, the founder of Coca-Cola immediately advertised his product as “Delicious! Refreshing! Exhilarating! Invigorating!” The very first coca-cola was sold right outside the Jacobs pharmacy in Atlanta, Georgia, Although nothing from the original pharmacy still exists, it is still noted that the first Ad campaign carried out by coca-cola has influenced the market till this day. It will interest you to know that Coca-Cola has a record of over 4 million successful adverts globally. So much to learn from all these brands and more but well, this is where we will wrap it up for now but a lot more is going on when you enroll for a live training which deals on all these and more practical approach to creating a successful marketing campaign.

How to develop a powerful brand

You need both hands to drive an effective marketing campaign

Why people should be emotionally connected to your brand