Intrusion detection systems (IDSs) and intrusion prevention systems (IPSs) have been very effective over the years in countering against cyberattacks and also in the securing the network perimeter on the segments of the internal network. They serve as extra eyes in the aspect of securing data from losses and authorized access and any form of damages which can lead to collateral damages to the organization in both monetary terms and its reputation.

Now, the usage and effectiveness of this devices and technology can only survive when there is sufficient manpower and training. Organizations and network administrators must come to the knowledge that the use of IDSs and IPSs require training in other to interpret and act on its results. 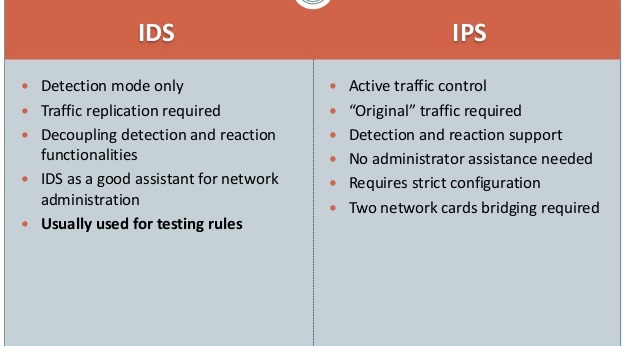 The use of all the information obtained here to meet various regulatory requirements.

Now let us go ahead and explore the benefits of IDS/IPS in information security.

The technologies of IDS/IPS do not only help to capture logs of IP addresses and ports of the communication going between different systems but can also be used to identify some specific content inside a network packet. Example, they can use botnet controllers can capture reports that have been identified from any compromised endpoint devices and can also identify DDOS attacks.

The sensor in modern IDS/IPS can help to quantify the types and the numbers of such attacks that an organization is vulnerable to and can go further to help it alter any existing security controls and deploy some new ones. It can also identify bugs in softwares and address host and network device configuration issues. The results determined can be used to perform further risk assessments.

The deployment of IDS/IPS technology can help to prevent the occurrence of security incidents which it does by disrupting communication between an attacker and his target, it can also report security incidents as well. Sensors in modern IDS/IPS can take packets in the network and examine them based on the context of the protocols supporting it. Example, if there is an HTTP protocol attack such as cross site scripting and SQL injection attack, it can be detected and blocked. The sensors in IDS/IPS can identify and block anomalous behavior which can be in form of an out-bound traffic. 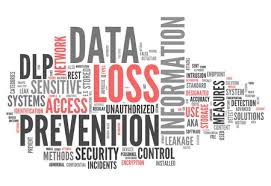 IDS/IPS have been upgraded to be virtual patches for some software vulnerabilities. This enables network administrators to block any form of attacks until patches have been developed for such software vulnerabilities and until the cost for replacing systems until the patches are ready. The ability to identify the level of patches can be very useful for gauging the deployment of patches and for automation of vulnerability assessments.

4. Identification of network devices and hosts

Sensors in IDS/IPS can be used in a passive means to detect the presence of network devices and hosts as well. They can do this based on;

This can help to eliminate a great deal of the manual work that can be applicable in determining the number of systems that are available alongside their configurations. Apart from helping the automation of hardware inventories, IDS/IPS can be applicable in the identification of rogue devices in the network like unauthorized hosts and rogue wireless access points and rogue hotspots.

IDS/IPS have the ability to give an organization deep insight into their networks and their connected resources. Regulatory mandates can also be met for example in the PCI-DSS 1.1.6 documentation, there is permission for the documentation and business justification of use of all the services and protocols and it can be researched using reports obtained from IDS/IPS logs.

6. Improvement in the Return on Investment (ROI)

There has been an identification of some improved efficiencies and the attendance of labour costs. An organization can determine how much of a return on investment (ROI) IDS/IPS it can supply if the infrastructure is able to reduce or completely mitigate two major things which include;

My word for network administrators is to explore more on the use of the IDS/IPS to boost business and ensure that asides their basic functions, they are able to harness other functionalities in these devices.

Learn and Earn More-   Cybersecurity breaches are inevitable; What to do to stay safe- Information Security tips-SOUTECH Nigeria
Powered by Inline Related Posts

To learn more about vulnerability assessments, risk assessments and penetration testing, subscribe to our services at soutech ventures to learn CEH course in details.

Cybersecurity breaches are inevitable; What to do to stay safe- Information Security tips-SOUTECH Nigeria

Understanding the importance of an IT audit: SOUTECH Ethical hacking tips