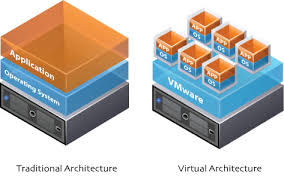 Ten Deadly Sins in Virtualization Security Virtualization brings manifold benefits to organizations
such as better hardware utilization, cost savings and  flexibility in business operations. However, this new technology with all of its added benefits still has inherent risks. Also, since virtualization is deployed
across computer-based systems, securing the environment is a key priority. This paper looks at the
ten deadly sins of virtualization security.

Virtualization refers to a framework, which allows multiple operating systems to share the
resources of a single underlying server, while at the same time keeping that operating
system isolated from the server. In other words, virtualization involves the sharing of a
common resource by multiple users. A virtualization layer is placed over a single physical
server. This layer hosts multiple virtual machines, and each virtual machine runs an
operating system1 and one or more applications.
The computer and information technology revolution have resulted in increased  dependencies on multiple workstations, servers, hardware devices, communication and network devices. This phenomenon has resulted in increased expenditures on IT infrastructure, and has also created new issues such as the need for adequate space requirements, cooling mechanisms, and of course, adequate power. This is where Virtualization comes in. Virtualization technology has introduced never before seen
benefits that have greatly reduced hardware costs, server consolidation, improved server utilization and lower maintenance costs.