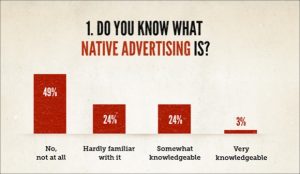 It has been noted that over 32 percent of people out there are open to sharing a native ad with friends, family, and colleagues against the less than 20 percent of others that will share traditional banner ads on the road or other public or indoor environment.
Recently, Shopify which we all know as global retail eCommerce platform in a recent report predicts sales as projected to grow to $3.4 trillion (U.S.) by 2019. This is a huge surge compared to 2015’s figure of $1.548 trillion.

It is rather unfortunate that only a small percentage of internet marketers seem to be taking advantage of moments like this but many on the other hand go smart enough to be employing something called native advertising.

Let’s get started with Native Ad.

Native advertising is typically any paid content that is made to match the form of the platform it appears on without being disruptive in any way. Promoted tweets on Twitter, suggested posts on Facebook, Sponsored Ads, and editorial-based content. It can be presented in the form of a video, an image or an article. But hey! don’t get it twisted, this is not the same as content marketing.

Confused? well, while Content marketing involves finding a way to place the product being promoted within the content provided, native advertising is the other way, and this is relatively so obvious, right?
Native advertising is less obvious as it is not even so focused on product promotion. Instead, it usually comes across as sponsored posts on social media platforms and other sites, as promoted tweets, feature videos on Youtube, suggested reading/viewing etc etc etc.

It has to be well designed to blend into the style and structure of any content of the page and the website utilized.
Like Vladimir, Bashkin once said, “Native advertising is the ninja of digital marketing: quiet yet visible, subtle yet effective. And you know that ninjas kick ass; so does native marketing”. So true and this comes from an expert. Some of us may not know Vladimir Banshkin is a business development director of Adnow, a fast-growing native advertising, and content-discovery platform which is going global. 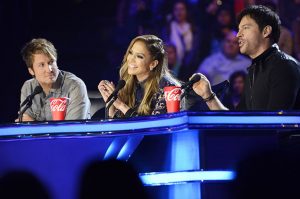 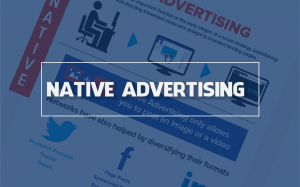 The statement above encapsulates the reasons I believe that every smart internet marketers should leverage native advertising for their marketing campaigns for the following fruitful reasons:

1. It doesn’t in any way affect or disrupt users’ browsing experience unlike banner ads or, more annoyingly, popup ads when browsing. This method of digital advertisement is intrusive and therefore earns relatively low click-through and conversion rates.

2. brand awareness and promotion with less or zero effort is achievable through this method of advertising. with examples like the regular shows on network TV sponsored by established brands Or maybe that article posted by Dell on the New York Times website on January 8, 2014, which didn’t promote Dell’s products directly but rather just presented beautiful and informative content by Dell. such are examples of sponsored and branded content Ads.
A single sponsored magazine issue can also help in building brand awareness, such as Target bought all the ad space on the August 22, 2005, issue of The New Yorker.
When is the last time you watched American Idol? Go check it out if you haven’t. you will surely notice the Coca-Cola cups held by the judges on the show which is yet another example to look out for. some brands would go as far as placing that same cups in the hands of the audience just to put it more in the eyes of people. This method goes viral quicker than imagined.

3. Native advertising has the power to bypass security measures meant to keep ads at bay. It does this for one major reason; at face value, it is not an ad. You do not need an ad space on a website to put up native advertisements. instead, it complies with the structure adopted by the editorials and as well upholds the standards of the publisher (online or offline) on whose site they are placed. They are part of the content on site pages on which they appear, so they do not appear as ads; they appear as contents.

In conclusion, we can view from the eyes of e-marketer which says, native advertising is already offered by 73 percent of online publishers, with another 17 percent planning to take the same path. In addition, 32 percent of consumers are open to sharing a native ad with friends, family, and colleagues while only 19 percent of consumers will share traditional banner ads. Note that these are stats from as far back as 2015.

NINETEEN FACTS YOU NEED TO KNOW ABOUT SOLAR.