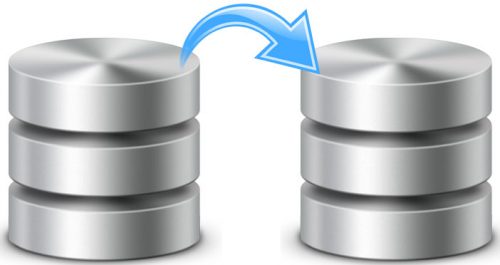 In Website application development, Database integration and development can’t be neglected because you will always keep record of all the information that needed to be stored for later usage. We have seen in many times where newbies will mistakenly delete or wipe out all the databases that many companies has used over 10 years to build and manage.

The funniest thing about this bad practice is that it is occurring everyday as if there was no solution for it. Sidekick Database Crash  a popular T-Mobile smartphone lost all the data of their customers making all the customers to not get access to their different emails, photos and other private information. Later in the year, Microsoft Company stopped their services on their platform which later made the company to sell major stake of their company shares and later fold up.

Another database crashing in the history of website application development was when Gitlab Data Loss lost all the repository of all the developers using the platform, even despite them have 5 layers of backups done, they were still unable to restore to the original versions of the database making the outrage to be broad.

Today, I will be sharing ways to prevent database loss for other developers to use even when the database mistakenly crashes or got deleted, the plan that you have already followed when the database was still live or in production can still help you to recover such databases.

Many tools like database splitter makes it possible and easier for developers or database administrators to divide their database records into two or more places and the access to each of them can be restricted based on the users privileges set when configuring the databases.

Learn and Earn More-   Document Sharing Traffic Secrets: How to Get Huge Backlinks and Leads for your website
Powered by Inline Related Posts 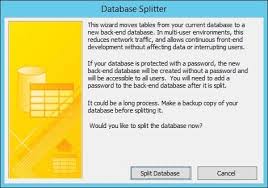 In database optimization, it is even advisable to write a mysql query that stores information into temporary tables for upward usage and such record will be used later when it is needed to be called again.

Many database engines enables developers and database administrators to make use of repair database facility but it is really risky at times when using them because it a database is faulty, repairing of such database can do much harm to it than not doing the database optimization yourself even when you discovered that the database is not well configured.

It is always advisable to firstly take the backup of the database that you might want to repair and keep it, if anything happens to the repaired database, then you can restore back to the backed up one.

Many big fish in the industry as debated on this issue more than how the issue can be solved. The best path is the path that suits your destination but many destination can still take a long way to the rightful path.

Documents like images and files were believed to be stored on a disk spaces like magnetic disk while many people said that it is safer to store it in the database.

The best approach is the approach of storing it inside the database so that once you are doing complete backup, you are also keeping record of the files and documents than you having to storing the magnetic disks again.

By following those points, I am so sure that you will never be a victim of database crashing or data loss.

Thanks for reading and would be good if you can share this articles to other people.